On March 25th, the Yakima Police Department hosted a class, which is designed to give local residents a better understanding of the use of force by police officers. The day long class was put on by the California Training Institute, and the instructor was Blair Alexander, a retired Lieutenant with the Oakland, California Police Department.  Class attendees hopefully gained a better understanding of the human factors surrounding the use of force incidents.  Class attendees and other local residents were also encouraged to go through a video simulator which presented real life situations.  The community member was given a fake gun and was told to make a split second decision on whether or not to use deadly force. Hopefully the class and the simulator gave attendees a greater appreciation of the difficult job that police officers face on a daily basis and the difficult life or death decisions they have to make.  Here is a link to a KNDO TV story on the class http://www.nbcrightnow.com/clip/13207835/yakima-residents-participate-in-use-of-force-class-with-yakima-pd 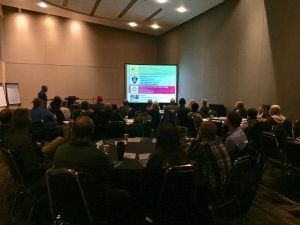