The Yakima Police Department’s (YPD) Bike Patrol Unit has started patrolling the downtown Yakima area with a special focus on working with businesses in the Central Business District. The bike patrol unit consist of several YPD School Resource Officers and other officers from the patrol unit.

The bike unit will have regular patrols Monday through Friday during regular business hours to focus on businesses and to work with business owners on issues and problems they deal with. The unit will also be patrolling areas like Miller Park and other high priority need locations.

The YPD believes there are many benefits to having a police officer on a bicycle, such as increased police visibility and officer mobility. With the increased visibility comes an increase in human contact with the community, much like the old “beat officers” who used to walk the streets. 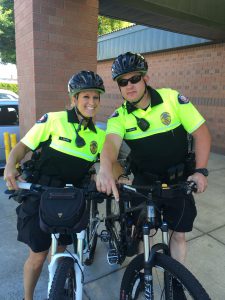 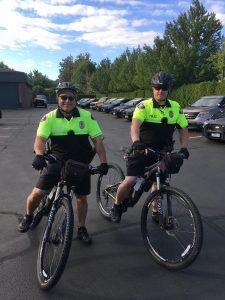