A record 326,000 people attended the 2017 Central Washington State Fair at State Fair Park in Yakima and many of those fairgoers stopped by the Yakima Police Department booth.  Literature on child safety seats, counterfeit money, how to become a police officer and the Yakima Police Department Community Academy was handed out. A wrecked car damaged by a drunk-driver was also at the booth to show children and adults the dangers of driving under the influence.  Yakima Police Officers also patrolled the fair and providing security to the thousands of fairgoers. 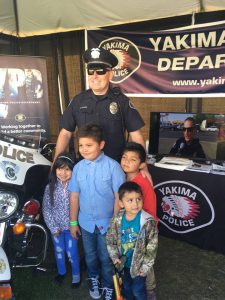 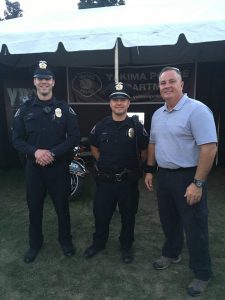 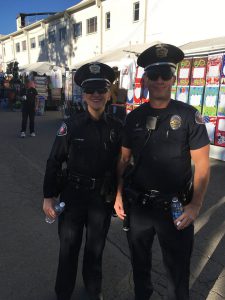 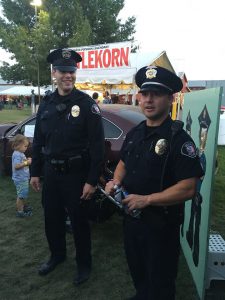 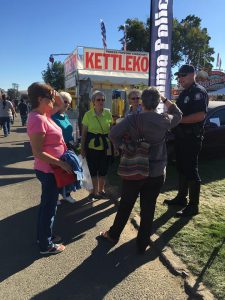 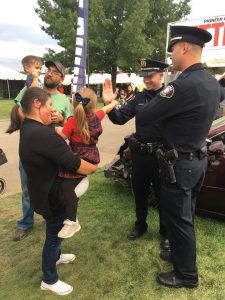 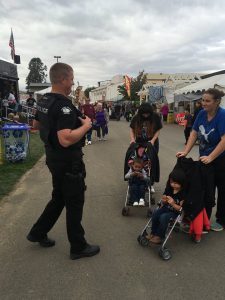 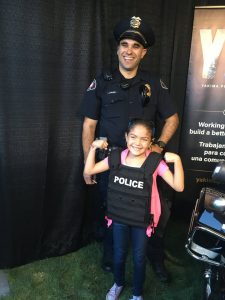